Samantha started as a print journalist working for the Urban music and lifestyle magazine ‘Touch’. Her interest in football gave her the opportunity to interview sportsmen such as Ashley Cole and Jermain Defoe and through a lot of networking she eventually got the chance to gain 2-weeks work experience at Europe‘s biggest sports channel, Sky Sports News. 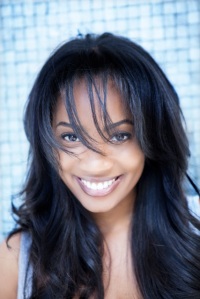 Since then she’s gone on to work at Sky as a broadcast journalist for 4 years.  In October 2010 she decided to fulfill her aspirations as a broadcaster and now works for Coral TV covering live games and races, as well as Chelsea TV, and more recently Al Jazeera Sport which broadcasts to the Middle East and North Africa.