Mervyn Lyn will be joining our ‘Leading men’s’ panel on Saturday 29th June 2013.

Mervyn knew from the moment he left school that he wanted to be heavily involved in music. Already a recognised name in the DJ fraternity on leaving college, he turned his hand from nocturnal duties to selling records for a small chain of stores in north London and eventually managing the largest store in the chain.

Mervyn was soon recruited by Blues & Soul magazine, which had been the nurturing ground for many a record executive and true to form he was snapped up by Virgin Records in 1986 and has been in the business of music ever since.

Mervyn ran Sleeping Bag Records in Europe prior to two stints at BMG. Sandwiched in between was a GM role at Motown International looking after the label in all markets outside US for Polygram.

He recently left Sony Music, which was born out of the merger with BMG, after an 18 year stint having served in a number of senior roles including VP Global Marketing (Europe), VP Marketing and VP Strategic Partnerships.

Mervyn in now MD of a successful strategic partnership agency working with an impressive network of clients and agencies eager to work with music and sport to enhance their brands. 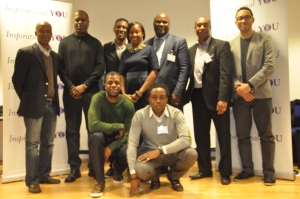 With a music business career that spans the best part of 32 years including those early DJ years, Mervyn is a passionate music man who believes very much in fair play and equal opportunities. In this time he has been a stark campaigner for recognition of these causes inside and outside the industry.