Judy Khan QC of Garden Court Chambers will be joining the Inspirational YOU panel to discuss women at the top at the UK Supreme Court on Wednesday 28th November. 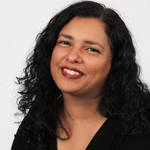 Judy Khan QC was called to the Bar in 1989, was appointed a Crown Court Recorder in 2006 and became a QC in 2010. She has experience of criminal defence work across a wide spectrum of criminal cases and has been instructed as leading counsel in cases involving allegations of murder, attempted murder, kidnap, fraud, money laundering and large scale importation/supply of drugs. Judy also has extensive experience of cases involving sexual allegations. She finds representing young and vulnerable defendants particularly rewarding.