Dr Chris Imafidon is the keynote speaker at our Inspire YOUth launch on 1st May at London Youth, supported by GoThinkBig and the College of North West London.

Chris Imafidon is an “Intellectual icon, and scholar who has taught at world leading universities and consultant to governments”according to CNN, BBC, Time and the Telegraph.

CHRIS IMAFIDON – One of the “World’s foremost scholars on leveraging informatics for learning and exceptional achievement (genius)” according to the BBC, CNN and USA-Today. He was described by TIME magazine as an “intellectual icon. Leading Harvard and Oxford University educated professors have described him as “the patriarch of modern education and informatics”

Chris is a multi-award winning researcher and scientific pioneer. A member of the Information Age Executive Round-table forum – which is made up of the top 15 IT experts, decision-makers, CIOs, and executives in the UK. He is a consultant to government and industry leaders worldwide. As a former University lecturer based in Cambridge he also has been a guest lecturer at the University of Oxford (Keble College) and a visiting Professor to various American Universities, including Harvard, Cornell, Columbia, SUNY, Georgetown, Miami, LSU, and has collaborated with scientists at Yale University. He continues to mentor, supervise and examine both internal and external Ph.D, postgraduate and undergraduate students at Imperial College, Cambridge, UCL and for Queen Mary University of London, where he was a former Head of the Management Technology Unit.

Chris served on the Board of Governors, Woodford County High School (one of the nation’s most successful schools) he currently serves on the board of Excellence in Education programme.

Chris as European editor has pioneered the use of internet based technologies for an on-line publication which generated approximately one million pounds (£1,000,000.00) in its first year. He is one of the pioneers of the world’s first-ever masters degree in Internet Engineering in London, UK and won a £1m funding (Equipment grant) for an earlier comparative computerised study. 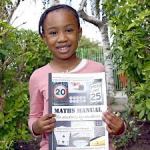 He has also been aired, recorded, web-casted, U-streamed and transmitted over multiple channels discussing learning, educational informatics, clinical informatics or computer security. He has mentored/taught students who are widely regarded as geniuses after making them record breakers in all major examinations, including records in Technology and Mathematics beyond the current Guinness Book of World Records. His more mature students and mentees are captains of industry and academic leaders who regularly address NATO, and IEEE conferences.

Recently, Chris has also received multiple invitations from BBC-TV’s “The One Show”, “The Big Question”, “Outlook” and other prime time News bulletins including Sky Channel’s Brunch News. He has written or inspired hundreds of journal papers and books and is widely regarded as the most cited author in aspects of scientific research. He has over 300 presentations/publications in Specialist and related journals and has been contributing Editor, a reviewer and regular contributor to various publications. The BBC recently referred to his students as showing “academic excellence [genius] by understanding advanced concepts at phenomenal speed”.

Book to attend Inspire YOUth on Wednesday 1st May: