Miranda K. Brawn, Esq. will be joining our ‘Get ahead in law’ and ‘Leading Women’ talks on Saturday 29th June 2013 at Birkbeck, University of London. 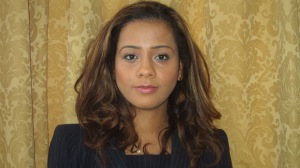 Miranda has been an investment banker and stockbroker since 1998, working for the top tier investment banks such as Goldman Sachs, JPMorgan Chase, UBS, HSBC and Deutsche Bank.

She is accomplished in all disciplines of legal, front office sales trading, sales and marketing to the hedgefund and asset management industry.  She was also previously Chairman of the UJIMA Networking Group at JPMorgan Chase where she focused on the promotion and mentoring of black employees within the US Investment Bank while performing the role of Head of ISDA Legal Documentation.

Miranda was a Consultant Legal Advisor at MacLeish Littlestone Cowan in 2012, specialising in high street civil and commercial litigation. She has represented several firms on behalf of this law firm in Courts around Central London where she has successfully helped the law firm to win cases.

She has degrees in Law and Business where she holds a MBA degree.  She is a qualified Barrister and was Called to the Bar at the Honourable Society of Lincoln’s Inn.

Miranda took the unconventional route into the legal world where she completed law school at the College of Law during a part-time weekend BVC course while working as a Hedge Fund Sales Trader and Stockbroker.  Upon being Called to the Bar, she immediately made the move from Banker/Broker to Lawyer where she is now a Banking and Finance lawyer specialising in Derivatives at a top US Investment Bank (Citigroup).

She used to be on the Committee Board for the Association of Women Barristers.  She is also a Derivatives Specialist for the Chartered Institute for Securities & Investment (CISI).

She is involved in Philanthropy where she performs Pro Bono work providing free legal advice to various organisations in partnership with Clifford Chance and Citigroup.  In addition, Miranda was chosen to become a UK Global Poverty Ambassador in association with Bill Gates while also performing the role of Board Director and Trustee for Winant Clayton UK providing marketing, fundraising & legal advice.

In July 2012, she became Founder and CEO of her own legal consultancy company called Pluto Law Limited which specialises in investment banking consultancy, mentoring, legal tuition and research.