Jan Asante is a designer, style-culture-cinema writer and brand director of award-winning bespoke boutique ‘Gisella.’ Acclaimed for elevating the profile of ethnic-inspired couture in Britain over the past two decades, the London based Gisella Boutique have designed for a diverse range of iconic international women- including Grammy-Award winning artist @ErykahBadu and Baroness Doreen Lawrence. 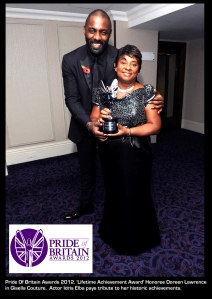 As well as ‘Belle’ Film Director Amma Asante, who recently wore Gisella for the red carpet at the ESSENCE magazine’s Black Women In Hollywood 2014 Gala. 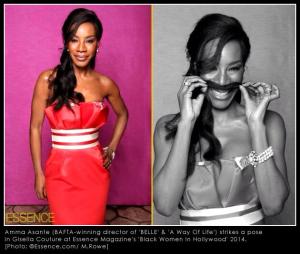 Having shown collections at The V&A, London Fashion Week, Africa Fashion Week, London Design Festival and Royal Society of Arts; Jan’s eclectic style assignments for Gisella have also earned spotlights on CNN, MTV, MOBO Awards and the BBC. As a style-culture commentator, Jan has been a featured panellist at both ‘Women Of the World’ (WOW Festival) and Africa Utopia Festivals on the Southbank.