ROLE MODELS and charities were honoured nationwide at Friday’s ceremony at The Hurlingham Club, London, rewarding Britain’s most inspirational people for their fight against inequality.

Microsoft were just one of the brands supporting a skyfall of diversity talent – positive role models, community organisations and businesses from the LGBT, ethnic minority, age, gender, religion and disability communities.

Over 21,000 nominations and votes were received this year paying tribute to those from under-represented backgrounds who have dedicated their lives to enhancing the equality agenda. 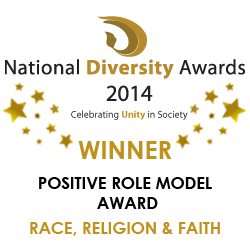 Founder of Inspirational YOU, Sonia Meggie, beat four others in the running for the Positive Role Model Award for Race, Faith & Religion. 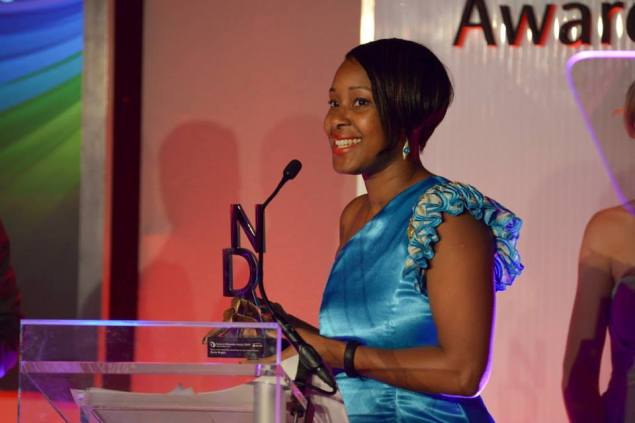 Sonia’s London based social enterprise launched in March 2010 with a mission to connect, inspire and empower young people, women and black and Asian professionals. 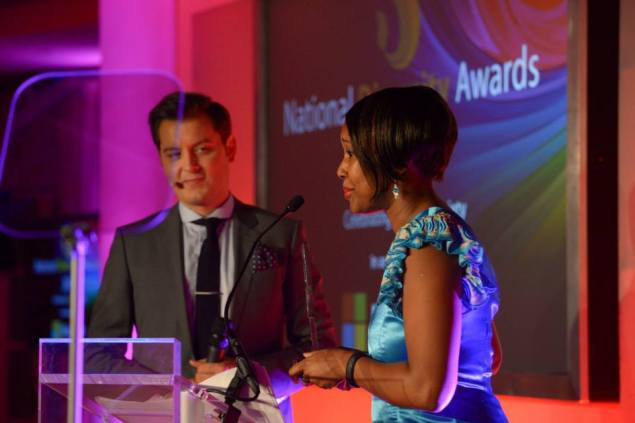 Sonia has been featured in the Powerlist 2013, which profiles the most influential people of African and African Caribbean heritage in the United Kingdom, and is listed on Blackenterprise.com as one of London’s most powerful black women.

Sonia’s story was shared with the room, and will be broadcast later this year on the Community Channel. 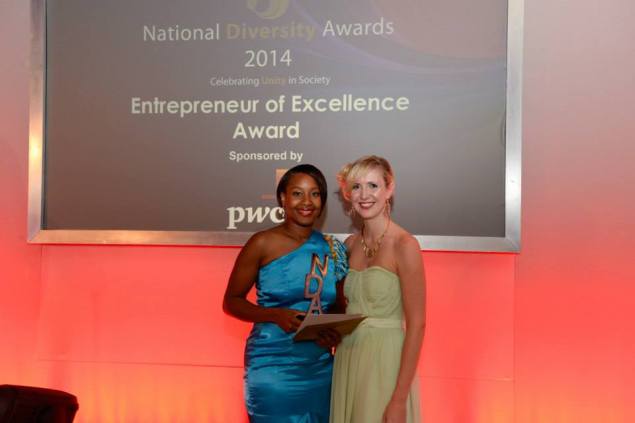 The one-of-a-kind ceremony kicked off with an inspirational speech from Human Rights Activist Peter Tatchell, followed by the ‘The Last Leg’ stars Adam Hills and Alex Brooker presenting the positive role model award for disability to Sarah Chapman.

Another highlight of the evening came when Stephen Sutton was honoured with a Special Recognition Award, which was collected by his older brother Chris Sutton. There was not a dry eye in the house as guests were reminded of Stephen’s courageous efforts for raising over £4 million for the Teenage Cancer Trust .

After decades of supporting disabled children through her organisation the Touch Trust, Dilys Price OBE was awarded the lifetime achiever award by Paralympic medallist Ade Adepitan.

To view the full list of winners please visit: http://www.nationaldiversityawards.co.uk/2014-winners/