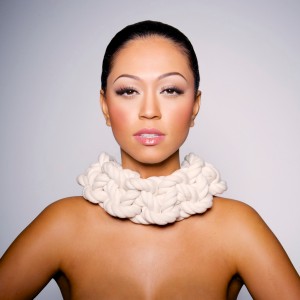 A face and name synonymous with international fashion campaigns and catwalk shows, Rachel Radharani Henna Ritfeld is the embodiment of diversity — professionally and personally.

Rachel beguiled viewers in the talked about Lynx Effect commercials in 2008. Rachel was the face of multi-millionaire entrepreneur Damon Dash’s Tiret watches in the UK and superstar R&B group Jagged Edge used her image for the top-selling album ‘Ghetto Guitar’. A Madame V lingerie campaign showed off her angelic expressions wrapped in spicy garb.

Both L’Oreal and Tony & Guy featured Rachel’s glowing face and fantastically versatile locks while Firetrap, Jean Paul Gaultier, LaPerla, Babyphat and Rocawear sent her down the catwalk worldwide. From music videos for 50 Cent and Justin Timberlake to glossy mags, she also brings her vibrant voice to radio. Adding sparkle to a hot topic, she presented on BBC radio 1xtra  and hah her own on Solar Radio in 2006. With an amazing array of TV experience, she seamlessly moves between diverse programming including the Sky 1 series “Project Catwalk” (2nd and 3rd season) hosted by Kelly Osbourne. 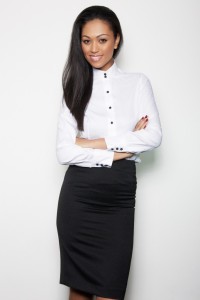 In life as on the stage, Rachel is many things wrapped into one. Her multicultural heritage: Indian and Black Caribbean/ Ghanaian, come together for a look that speaks to many. Her impressive fluency in over six languages give her the linguistic skills to match her diverse looks and a degree in Social Anthropology at university of Sussex  the smarts she is known for. Raised in Brussels, Rachel developed a strong work ethic and a crystal clear focus from a young age. Smart and enterprising, her businesswoman persona is fuelled by her compassion towards the social inequalities worldwide. Rachel has been a spokeswoman for various charities worldwide.

Kicking off 2007 the way she wanted, Rachel sashayed for the United Nations ” “fashion for food” programs in Ghana, giving her time and talent to “Catwalk the World”. Being the new face for Akademiks took her to Miami for a shoot with world famous photographer Marc Baptiste.

Rachel kick-started 2008 by aiming for world domination and taking home the Fashion Woman of the Year award at the International Women of Excellence Awards. Followed by shooting a campaign for cosmetics brand Tura and finding time to host the Fashion Fusion Awards in conjunction with Harvey Nichols and Company Magazine.  Both personally and professionally, in 2009 Rachel returned stronger than ever with a special edition TV appearances in “A Place in the Sun: Home or USA?” for Channel 4.

During her 5-year marriage, Rachel gave birth to her daughter Rosalia in 2010.  It was a challenging time for the young family as shortly after giving birth Rachel had urgent surgery to remove a tumour during her pregnancy.  Recovering and went well and 6 months later both mother and daughter were cover girls for Complexd Magazine.

Rachel’s marriage ended in 2013 and she became the face of Sainsbury’s national campaign alongside a photoshoot with Rosalia in Jamaica.  In 2014, Rachel was cast as Ali in the new scripted series for the E! Entertainment channel called “The Royals” starring Elizabeth Hurley and shortly thereafter started filming a documentary series for Discovery which discussed the emotional impacts of her medical condition during her pregnancy and its ongoing effects.