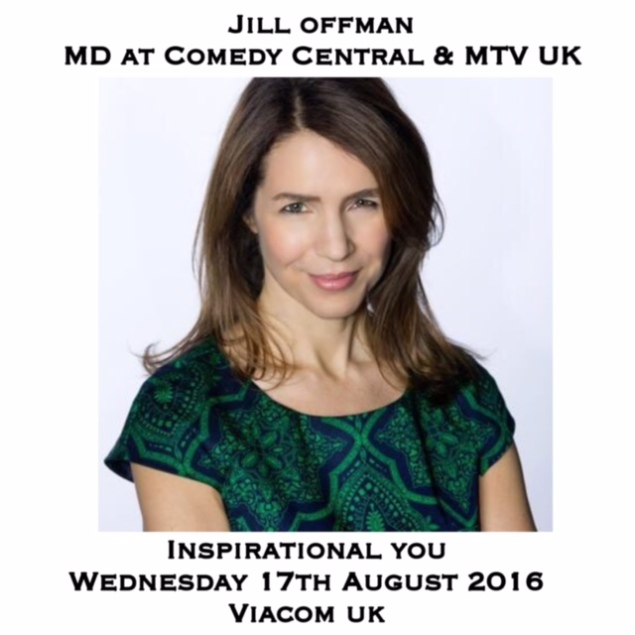 Jill Offman is Senior Vice President, Comedy, at Viacom International Media Networks (VIMN), giving her lead responsibility for the programming and content development of the Comedy Central brand across all international markets outside of the United States.

In addition, Offman is Managing Director for both MTV and Comedy Central in the UK.  In this role Offman leads the programming teams for both the MTV and Comedy brands and has ultimate responsibility for all original commissions and acquisitions, as well as research, marketing, communications and creative.

Jill Offman began her career as a journalist and film-maker at the CBC in Canada before joining Discovery Canada as Head of Programming where she initiated several co-productions with UK terrestrials including Emmy and RTS nominated shows.  After a stint as MD at Discovery in the UK, Offman joined Paramount Comedy in 2008 where she spearheaded the successful re-launch and transition of Paramount Comedy to Comedy Central in April 2009.