Ifeanyi is a newly qualified barrister-at-law. 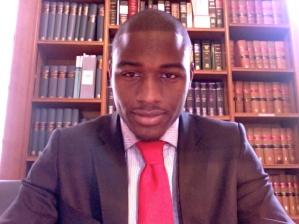 He was Called to the Bar by the Honourable Society of the Middle Temple as a Lord Diplock Scholar in 2011 and will begin his pupillage in October 2012, at one of the largest barristers’ chambers in England, Garden Court Chambers.

As a Registered Lawyer at the Football Association, Ifeanyi is authorised to represent football players and clubs. He is a researcher at the renown human rights NGO Reprieve and is also a consultant at StopWatch, an action group formed of leading organisations from civil society, lawyers and academia.

Ifeanyi has received multiple awards in recognition of his early success, including Diane Abbot MP’s LSBC award for Outstanding Achievement in 2011, and the Nnebisi Elegant Ladies Club of Asaba (UK) award for Young Achiever of Asaba Community in 2012.

Ifeanyi holds a First Class honours degree in LLB Law from Kingston University, and a Criminal Justice Minor from the University of North Carolina Charlotte.