Rozan Ahmed is an entrepreneur, writer, PR consultant, cultural analyst and activist who will be joining our IY Talks Global on  Tuesday 30th July 2013  at YouTube, London and via Google Hangout #IYTalksGlobal.

Rozan Ahmed is an established entrepreneur, writer, PR consultant, cultural analyst and activist. A stern believer in merging the arts and social development, Rozan has become a motivational personality when it comes to expanding global horizons, and empowering opportunity.

They include Justin Timberlake, P.Diddy, RWD, Michelle Rodriguez, Jay Z, the United Nations, Chanel, Adidas, the Princes Trust, Akala, Emmanuel Jal, the Abu Dhabi Film Festival, Prince Fahad Al Saud, Formula One, Louis Vuitton, SonyBMG and much more. As deputy editor of RWD magazine, she worked closely with her team in analyzing, discovering and propelling British talent, utilizing what was the growing phenomenon of social media and negotiating a number of corporate relationships to quickly establish the title into what it is today: the UK’s biggest urban music & lifestyle publication. 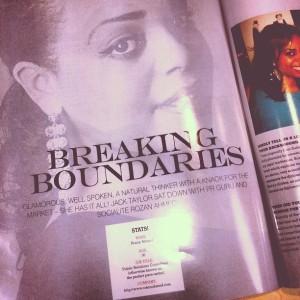 In Africa, she developed a series of monumental campaigns surrounding peace culture and was praised by the United Nations Mission in Sudan (UNMIS), the GOS (Government of Sudan) and GOSS (Government of Southern Sudan) for orchestrating the country’s first celebratory concert, highlighting the signing of the Comprehensive Peace Agreement. ‘I wanted to musically symbolise the union between North and South’, said Rozan, ‘people often forget just how powerful music can be, particularly when it comes to positive messaging and its conscientious delivery to a younger audience’. 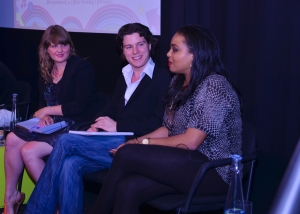 Rozan Ahmed has been hailed as one of the ‘hardest working women in showbiz’ (Pride Magazine UK), ‘the woman who can’ (BBC Radio 1), “formidable” (Drum Magazine KENYA), a “mogul in the making” (DSTV’s AFRICA MAGIC) and in the Middle East, “one of the region’s most inspiring women” (VIVA Magazine DUBAI).