Tracy Ayling QC will be joining our Women at the top panel at the House of Commons on 27th November. 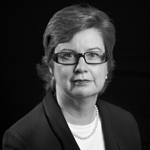 Tracy Ayling is a specialist in serious crime, and maintains a practice that involves both defending and prosecuting.

Her defence work ranges widely from corporate fraud to offences of violence, including gang-related murders, both shootings and stabbings. Several of these have involved defending youths and juveniles.

Her work includes representing those charged with Sexual offences. She has recently been instructed in the 9 Oxford Men” Sexual exploitation of Children case at the Central Criminal Court.

She is very experienced in defending confiscation cases, often appearing at that stage of the trial or in the Court of Appeal.

She is a leading specialist  and lecturer  in  matters of PII and disclosure, and she has extensive experience of dealing with cases involving International Security and Government agencies. This expertise also involves extensive knowledge of the Regulation of Investigatory Powers Act 2000, including the legality of telephone intercept material.

She was appointed to the Attorney General’s list of Special Advocates in 2010 and is security cleared to the Top Secret level.

From 1998 to 2005 she was Standing Counsel to HM Customs and Excise. This has given her an expertise in prosecuting and more recently defending large scale drugs importations and Vat cases including MTIC fraud.

Tracy Ayling sits as a Legal Assessor in the GMC, NMC and GSCC.

She has visited China on 11 occasions, leading and as part of delegations lecturing to prosecutors and defenders on a wide range of subjects, including the role of the defence lawyer, Police powers, and the implementation of sentencing guidelines. 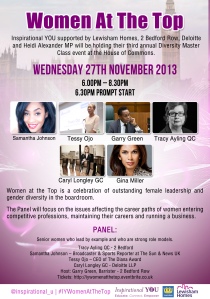