Dennis arrived in Brixton’s Somerlayton Estate at the age of 10 from Ghana, and was raised in a single parent family (with 3 other siblings).

At 15 he found himself gravitating, unintentionally, towards gang life. After a series of near miss incidents one of his peers told him about X-it, an initiative in South London run by young people who have successfully left gangs to become peer mentors for other young people at risk of being influenced by gang culture. Dennis openly admits this union was a life changing experience. 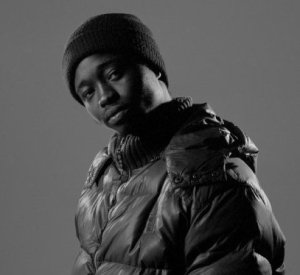 Whilst undertaking a BTEC Art Certificate at St Charles College in West London, Dennis was introduced to Quiet Storm Films, through friend Bob Morris, where he quickly became a runner. Shortly after he joined, Quiet Storm launched Create Not Hate – an initiative set up to inspire young people, especially those affected by gun and knife crime, to choose a creative career path instead of turning to youth crime. Dennis got involved in Quiet Storms first project, ‘Tackling Gun Crime Creatively’, a writing competition which saw over 100 young people take part in a series of creative workshops held at local school Lambeth Academy. Jaron Williams and Alimur Rahman won the competition, writing a compelling short film called ‘A Mother’s Tear’.

The prize for winning the competition was to have the film made, which is where Dennis was given the opportunity to demonstrate his creative talents and co-direct “A Mothers Tear” alongside Trevor Robinson OBE http://www.quietstorm.co.uk/category/create-not- hate/. In 2008, A Mother’s Tear, premiered at the launch of Create Not Hate, opened Lambeth Peace Month and was released through selected Pearl & Dean Cinemas.

Dennis is now an up and coming director and is currently furthering his education in Media at the London College of Communication in Elephant and Castle, where he is studying for a Bachelor of Arts Degree in Photography. As well as holding down a part time job as a Sales Consultant and a Youth Worker for the Brathay Foundation, Dennis has still found time to launch Endz2Endz.com http://www.endz2endz.com – An online magazine, set up by young people, for young people, enabling teenagers from different neighbourhoods to reconnect through the power of the internet and their passion for creativity. His efforts have been recognised by Spirit of London – The annual awards set up by the Damilola Taylor Trust, where he received an award for his Achievement Through Media in 2010.

Unfortunately Dennis was diagnosed with Acute Lymphoblastic Leukemia (ALL) in January 2010 and is currently undergoing a 3 year course of chemotherapy treatment to try and combat this disease. Thankfully in 2012 Dennis was given the all clear and is currently in remission. Forever seizing an opportunity to assist his community, Dennis is now working alongside the ACLT (African Caribbean Leukemia Trust) to bring greater awareness to his peers about the subject matter of bone marrow, blood and organ donation. Due to his diagnosis, Dennis has decided to defer his degree, to allow him to focus on his recovery and continue to his work with Endz2Endz.com which he describes as “food for his soul”.

Hear more about his incredible journey on Friday 20th December 2013.