Ashley Belal Chin partners with Inspirational YOU to host an inspirational youth evening at the TNG Youth Space in Sydenham on Tuesday 9th June 2015. 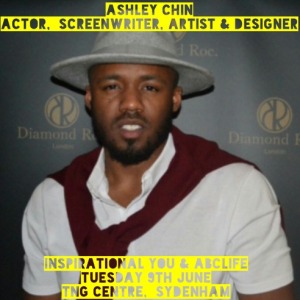 In 1999, Chin began his acting career in the BBC film Storm Damage directed by Lennie James. He then made his theatre debut as the role of Young Mal in Roy Williams’ Lift Off at the Royal Court Theatre. In 2007, he played Razer in Bola Agbaje’s Laurence Olivier award-winning play Gone Too Far!– a role which he subsequently reprised in 2008. He also played the role of Carl Wilkins in Roy Williams’ There’s Only One Wayne Matthews at the Polka Theatre. In August 2007, he played the role of Seales in BBC Radio 4’s radio adaptation of E. R. Braithwaite’s novel To Sir, With Love.

Chin’s television credits include The Bill, Holby Blue, The Fixer, Law & Order: UK and Waking the Dead, Silent Witness and Casualty. On film he has played supporting roles in Cherry Tree Lane and Anuvahood, and also a cameo in Sket. He was also selected as the 2010 Trailblazer at the Edinburgh International Film Festival for the role of Asad in Cherry Tree Lane. In 2011, Chin co-wrote and starred in Victim with Michael Maris. 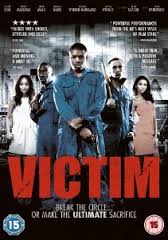 On 22 June 2012, the film was released in UK cinemas. In April 2012, Chin co-starred in The Boxer, a seven minute short film, alongside Paul Barber. From October to December 2012, he played the role of Escalante in Frank McGuinness’s Damned By Despair (English translated version of Tirso de Molina’s 1625 play El Condenado por Desconfiado) at the Royal National Theatre.

In October and November 2012, he was involved in filming of Destiny Ekaragha’s adaptation of Bola Agbaje’s play Gone Too Far. In 2013, Chin he played a supporting roles in Fedz and Starred Up. From May to August 2013, he played the role of Mercutio in a National Theatre production of William Shakespeare’s Romeo and Juliet in Ben Power’s version for young audiences.

In June 2014, he visited Pakistan to deliver a lecture and record television interviews at Dreamworld Family Resort in Karachi.